Census 2021: An opportunity to acknowledge multilingualism

As four researchers in Linguistics working in the UK, we have sent a letter to the UK statistics authority, calling for a review of the wording of the question about languages in the next census. If you would like to support our campaign, please consider sending a similar letter to the UK Statistics Authority, and share a copy with us at mlm@manchester.ac.uk, or write to us to express your support. Please also view the attached documentation. 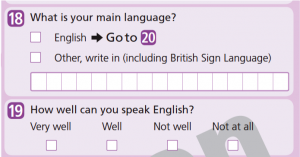 Question on language in 2011 census in England and Wales 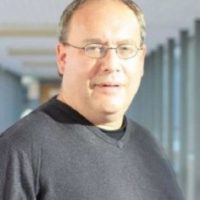 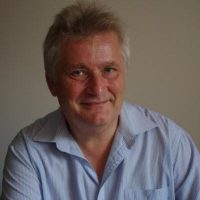 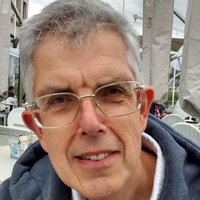 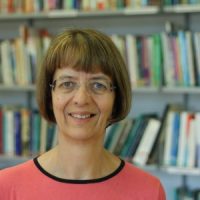 Read our open letter to the UK Statistics Authority

Question on Language in 2021 Census

We write as university researchers with an interest and expertise in the UK’s language diversity.

The 2011 national censuses were the first to contain a question about language other than questions about the indigenous Celtic languages, which were asked in earlier censuses. This acknowledged the country’s language diversity, giving the government and the public an opportunity to assess language needs, to take an inventory of valuable language skills, and to gain a better understanding of a key element of the country’s cultural fabric.

However, the way the question was asked was based on the assumption that one person can only speak one ‘main’ language (or, in the Scottish version, just one language other than English at home). Accordingly, it did not allow participants to name different languages. The division into ‘main language’ versus English does not reflect the diversity and complexity of the current linguistic landscape in the UK. Research has found that many respondents under-reported their use of languages other than English, as the question ‘What is your main language?’ could be interpreted in different ways: Some interpreted ‘main language’ as the language they know best, others as the language they use most frequently, and others still as the language they feel most attached to emotionally.

We are aware that the ONS trialled a number of alternative questions before deciding on the ‘main language’ question (for England and Wales) and could not find a satisfactory question that allowed multiple languages in the response. Nevertheless we think that relatively small changes to the question, allowing for more than one language to be reported, would greatly improve the quality of the data and its usefulness. We believe that what is desirable is a question which would not force the respondents to choose between English and another language (e.g. their heritage or community language) and would allow them to name more than one language apart from English. We know of a number of countries that have successfully implemented such questions in their national censuses, in a variety of ways.

We would be pleased to discuss these and other options with officials from the Statistics Authority and provide any assistance required.

Read our response to the UK Statistics Authority

In May 2018, we responded and you can read our letter here: Letter to National Statistician, 2021 Census question on languages.

In July 2018, we met with officials at the Office for National Statistics to make suggestions for improvement of the question on languages ahead of the 2021 Census. But the officials are reluctant to act, and it seems that to get results, researchers will have to engage more widely to promote a general vision of a linguistically diverse society. You can read more about the meeting here.

BBC News, 31 January 2013, Census data on languages in Manchester is ‘way out’

Gopal, Deepthi & Matras, Yaron. 2013. What languages are spoken in England and Wales? Dynamics of Diversity: Evidence from the 2011 Census. University of Manchester.

Matras, Yaron and Robertson, Alex. 2015. Multilingualism in a post-industrial city: policy and practice in Manchester. Current Issues in Language Planning. 16:3, 296-314.

Census question on languages in other countries

Click on the images below to see examples of census questions on languages in other countries: 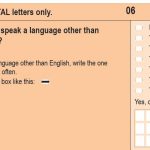 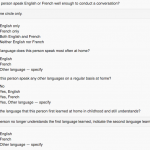 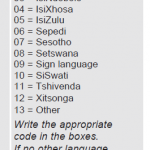 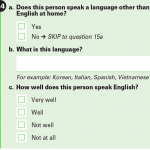 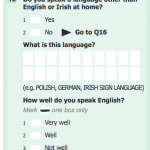 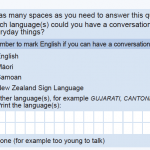